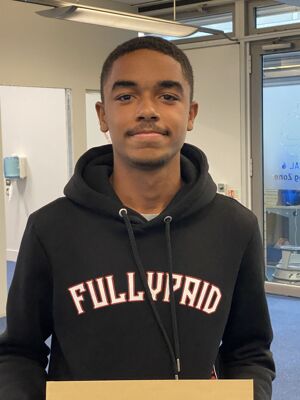 Diogo joined Capital City Academy from Furness Primary in Year 7 following in his brothers’ footsteps. Reflecting on his time at Capital he says his favourite things have been, “The teachers - they make you feel so comfortable and are very approachable. You can go to them and discuss your problems, so for me that was great. The facilities are also brilliant, in particular the sports facilities. The building in general offers a great space to study and do sports.”

Diogo has always been dedicated to his studies but admitted it can get a bit overwhelming at times. “When you work very hard, you're expecting to get the top grades and sometimes you feel a bit of pressure and a bit of stress. Early on in year 11 it kind of mounted on top of me, but I just had to believe in myself and trust that my hard work would pay off. I remember there was a half-term towards the end of year 10 where I said to myself ‘you know what I’m tired of settling for average grades’ I thought I could achieve higher. I put my head down and tried getting the best grades I could.”

Diogo’s hard work certainly paid off as he has just completed his GCSEs achieving outstanding grades – ten grade 9s and one 8.  He has enrolled at Capital City Academy’s Sixth Form to study Maths, Further Maths and German. He decided to stay on at Capital 6 due to the positive environment - “I'm used to the people, the teachers, and I feel like that makes me more comfortable rather than going to another sixth form and having to adapt to everything being new.” 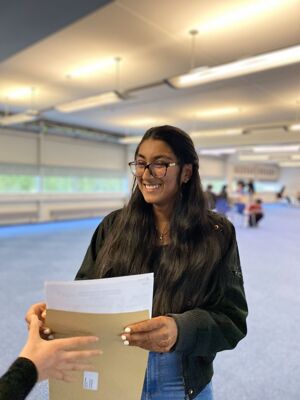 Jiya joined Capital City Academy in Year 7 from Furness Primary. Some of her favourite things about Capital include, “the people; students, teachers and support staff, you can make friends and the teachers will help you if you need anything at all.” Two of her main highlights were taking part in Duke of Edinburgh and forming friendships with her peers.

Jiya was all smiles today after receiving her much anticipated GCSE results. She achieved a set of top grades including four grade 9s, four 8s and two 7s. Jiya will be continuing her studies at Sixth Form enrolling to take A-levels in Psychology, Biology, Maths and Geography. 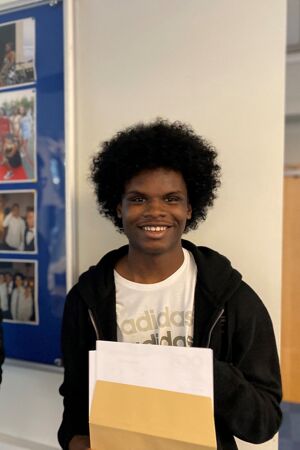 Jahzeal joined Capital City Academy in Year 7 from Oakington Manor Primary. He enjoyed his time at Capital finding the people really unique - “I never once thought someone was boring; the teachers were fun, the lessons were fun, overall it’s just a nice atmosphere.”

Jahzeal has just received his GCSE results achieving an excellent set of grades – six grade 9s, three grade 8s, one 7 and one 6. He is really happy with his results particularly after the challenge of lockdown when he noticed his grades make a drop. After that he just started to “work, work, work”. He is now looking forward to continuing at Capital 6 to study A-levels in Maths, Physics, German and Further Maths.