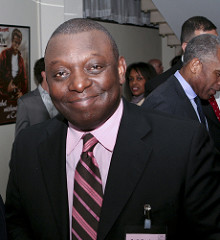 As the Chair of Board of Trustees it is my privilege to welcome you to our website and formally introduce you to my fellow Academy Members and Trustees.

It is our honour to serve the students at Capital City Academy and work in one of the most vibrant multi cultural schools in London.

Our Academy Board of Members reflect those who take a long term strategic view of the school while the Board of Trustees concentrate on the operational requirements associated with the smooth running of the academic year.

Over the coming months we at Capital intend to continue with the academic progress of our students and increase their level of academic attainment.  However this can only be achieved with the full support of the students’ parents whose provision is greatly valued.

Together we can make Capital City Academy an outstanding educational environment.

Please click on the following link to a document which sets out the governance protocol in place at Capital City Academy; including the workings of the trustees, governors and committees.

Please click on the following link for our statement from the governing body.

Statement from Board of Trustees

Please click on the following link for composition of the board.

Please click on the following link for the committee member information.

Please click on the following link for further information on our governors interests.

Please click on the following link for our Memorandum and Articles of Association (original).

Board of Trustee Meetings

Please click on the link below to view the minutes from our Agenda Proposal.

Previous minutes from trustee meetings are available on request by emailing -

Biographies of our Governing Body & Members of the Academy Trust

Please click below to read the biographies of each member of our governing body and academy trust.

Sir Frank first rose to fame running Collett Dickenson Pearce, which he built into one of the best known agencies in the United Kingdom. In 1981, he started Lowe Howard-Spink, which eventually became Lowe & Partners Worldwide. In 1979 Sir Frank arranged sponsorship in order to bring back the London Grass Court Championships (after an 8 year gap) at the Queen's Club.  The Tournament then became known as the Stella Artois tournament, an arrangement that lasted almost 30 years. He became founder and president.

Sir Frank got to know the Labour Party through his work on Passport for Pets, which changed the quarantine laws.  Following this he suggested that as he had some success he would like to do something in the charitable world and was asked to be the Founder and Sponsor of the first Academy, which he accepted as it particularly appealed to him because of his belief that education, particularly for those less fortunate, is one of the most important things in Britain today.  He asked his friend Lord Foster to be the architect for the new building on the site of Willesden High School.

In the 2001 Queen's Birthday Honours Sir Frank was knighted for services to charity and advertising. 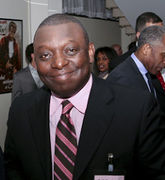 Garth Crooks is a former professional footballer, who was elected the Chair of the Professional Footballers Association towards the end of his playing career. Having left the sports arena he joined the BBC as a commentator and journalist and has dedicated a considerable amount of time to public life. Garth was Chair of the Institute of Professional Sport under the patronage of the Central Council of Physical Recreation and HRH The Duke of Edinburgh. He was also a Board Member of the Football Foundation having been appointed by the Secretary of State to the Sports Council, the strategic lead for sport in England and Wales and Lottery Funding, prior to joining Capital City Academy Board of Governors. He was elected Chair of Governors in January 2015. 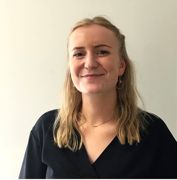 Emily started her career through the Teach First Leadership Development Programme teaching English here at Capital City Academy.  She had a number of leadership roles during this time, as Lead Teacher for More Able and Second in Charge of the English Department leading KS3.  During this time, Emily completed her masters in Leadership at University College London at the Institute of Education.  Emily moved into the Civil Service in 2019 to work at the Department for Education and was initially in the Minister for Children and Families' private office.  Currently, Emily is a Senior Policy Advisor for Special Educational Needs and Disabilities at the Department for Education and returned to Capital City Academy as a Governor in March 2020 and is hugely passionate about education and the work we do with the local community.

Lorna started her career in law as a legal secretary and qualified as a Fellow of the Institute of Legal Executives (now the Chartered Institute of Legal Executives) before continuing her studies and qualifying as a solicitor in 1998. Lorna then spent over 15 years working for Colemans-ctts LLP in Kingston-upon-Thames where she specialised in the areas of Employment and Immigration law, becoming a partner in 2009.  Over the years, Lorna has also been delivering legal training for national legal training company Central Law Training (“CLT”), together with delivering training in the past for both the Association of Women Solicitors (now the Women Lawyers’ Division of the Law Society), for the Law Society itself and Kingston college.  Lorna continues to practice in law on a part-time basis and holds the position of a Programme Director for CLT.

Hello everyone! My name is Nick Cowan, I have a son in year 10, and I am pleased to say I am now a Parent Governor at Capital City for the next 4 years! This means I sit on the Board of Governors and on the 'Parents Students and Community' Committee, able to give my views and the views of other parents too.

I have already met quite a few of the staff and have been made to feel very welcome. Last week I did a 'Learning Walk' around the school where we popped into 12 different classes unannounced! I was pleased to find that the students were involved and well-behaved and the teachers were in control and enthusiastic about their subjects. What is immediately clear to me is that Capital City wants to do more for its students so that they can do more for themselves. We as parents have a role to play in encouraging homework so our students can gain skills and confidence at home as well as at school. I will attend as many Parent Forums as I can and look forward to meeting more of you and hearing your views and concerns.

Ash joined Capital City as the Curriculum Area Lead for Mathematics & Computing in 2018. During that time he has overseen the growth of the Faculty, including increased numbers at A-level Maths and Further Maths, and the introduction of the Top Top Set extended curriculum. Prior to joining Capital City, Ash has worked in School Improvement as a subject lead, developing the leadership of department leads. Ash has also completed a Masters degree in Education and worked as a Lead Practitioner, supporting improvement across a number of subject areas. Between 2008 and 2012 Ash took on a number of education related voluntary posts, including an internship with an Education consultancy in New York, and a contribution to a white paper on the future development of the UK education sector.

Wola has worked at the Academy since February 2008 and over that time has seen the academy progress, and has contributed and supported its ethos and values. Wola has worked within various departments across the Academy and is currently a Head of Year, a post that his has held for the last seven years. Wola’s nine years of experience at the Academy, in a variety of roles, coupled with the knowledge acquired from a Master’s degree in Education & Leadership enables him to contribute to the strategic direction and policies at the Academy as his role as Staff Governor, ensuring students receive an outstanding education.

With a career spanning nearly 23 years, Darren has extensive senior marketing communications experience in both client-side and agency roles working for brands such as Evian, Nintendo, MTV, Reebok, Hula Hoops, Haribo, Budweiser, Carling, and Rothmans. He is currently Global Brand Director at the world’s largest activation network Geometry, part of WPP – which itself is the world’s largest marketing agency group.

Janet has been involved in education all her working career and has a close affinity with the London Borough of Brent having been a Head of Year and Head of Sixth Form in a school in the South of the Borough for fifteen years before taking up the headship in a multicultural high school in a neighbouring borough. In the year of retirement she was awarded a distinction in the regional finals of the annual Teaching Awards.

Since retiring she has worked for the National College of School Leadership mentoring new heads and supporting leadership teams. She was also an adviser in the Closing the Gap initiative for The Department for Education. This enabled her to evaluate and support school improvement by visiting twenty-eight London schools and help them raise standards.

Tangwena has built a successful career in investment banking in both New York and London, previously with BAML and Barclays Capital.  He is currently the Head of Financial Institutions Coverage at Investec. 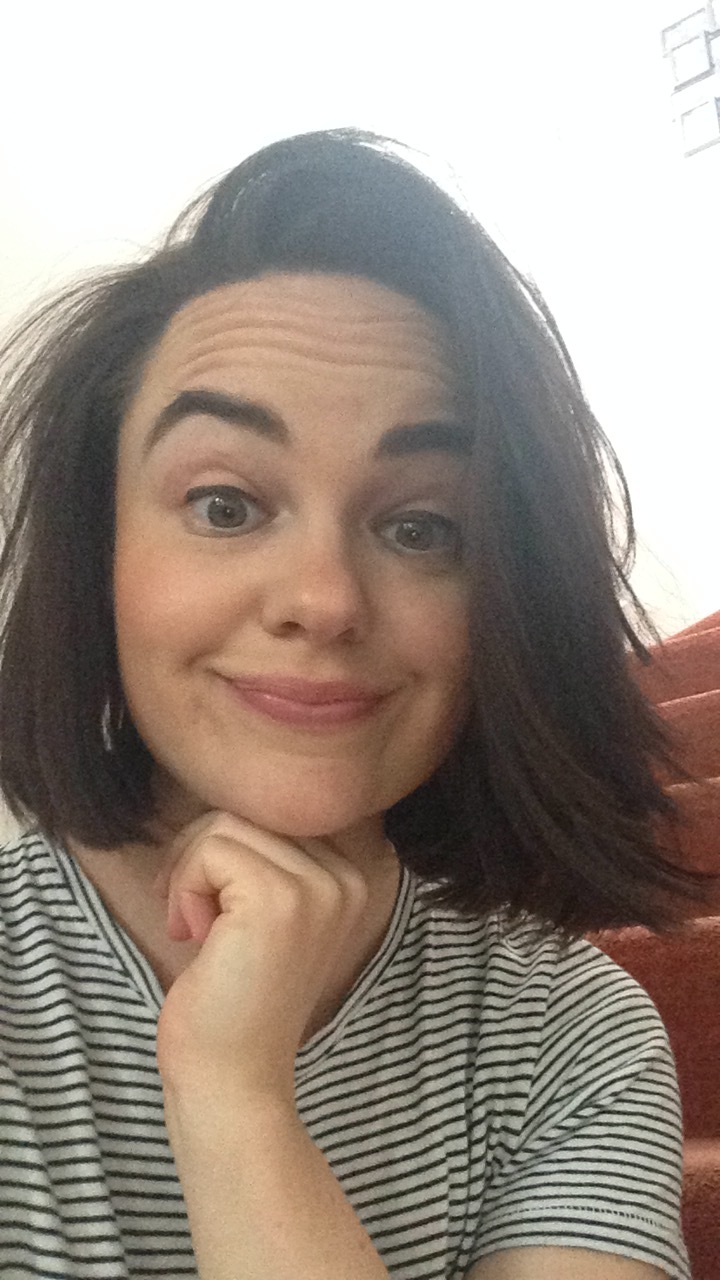 Becky works for education and social mobility charity, IntoUniversity. IntoUniversity provides local learning centres across the country where young people are inspired to achieve. At each local centre IntoUniversity offers an innovative programme that supports young people from disadvantaged backgrounds to attain either a university place or another chosen aspiration. Becky started as an Education Worker in the Brixton centre, then moving on to manage the Hackney centre. In September 2020 Becky became the Regional Operations Manager for the five North & West London centres, including the Brent centre which has worked directly with Capital City Academy students for many years. Becky is also the Head of Student Enrichment at IntoUniversity, which involves working directly with organisations to arrange exclusive work experience opportunities for IntoUniversity students. Becky is on maternity leave between May 2021 and May 2022 and she became a governor in September 2021. 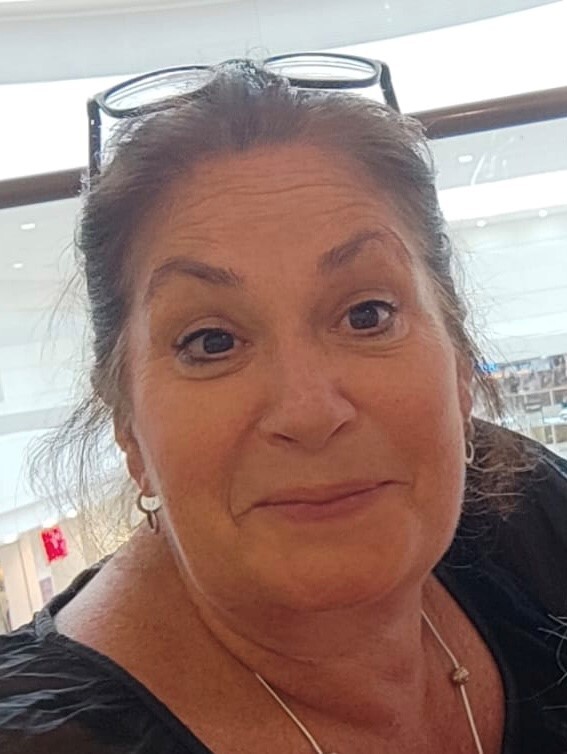 Sophie Allen is a former Primary Head teacher with 15 years headship experience and a long teaching career, most of which served in the London Borough of Brent. Sophie developed her school as a Specialist Center for Safeguarding, offering training on a range of issues and providing a supportive framework for colleagues across the borough. Sophie  facilitated and led the DSL network meetings for her Local Authority and helped to develop an educational voice on many Local Authority safeguarding panels through contributing to the MARAC, VAWG steering group, Young Carers’ Champion Group, CEMP, Brent Safeguarding Children’s Forum.

Sophie is an experienced safeguarding practitioner who since retiring from Headship has been working as an Independent Safeguarding Consultant and Trainer within education settings and as a Safeguarding Trainer for the Diocese of Rochester. Sophie is a co-opted  member of the Brent Safer Neighborhood Board.

Members of the Trust

Please click on the link below to for details on our Members of the Trust including their biographies.

Members of the Trust

Highlights from The Arts